Dealing with COVID-19: Take a lesson in adaptability from Admiral Lord Nelson 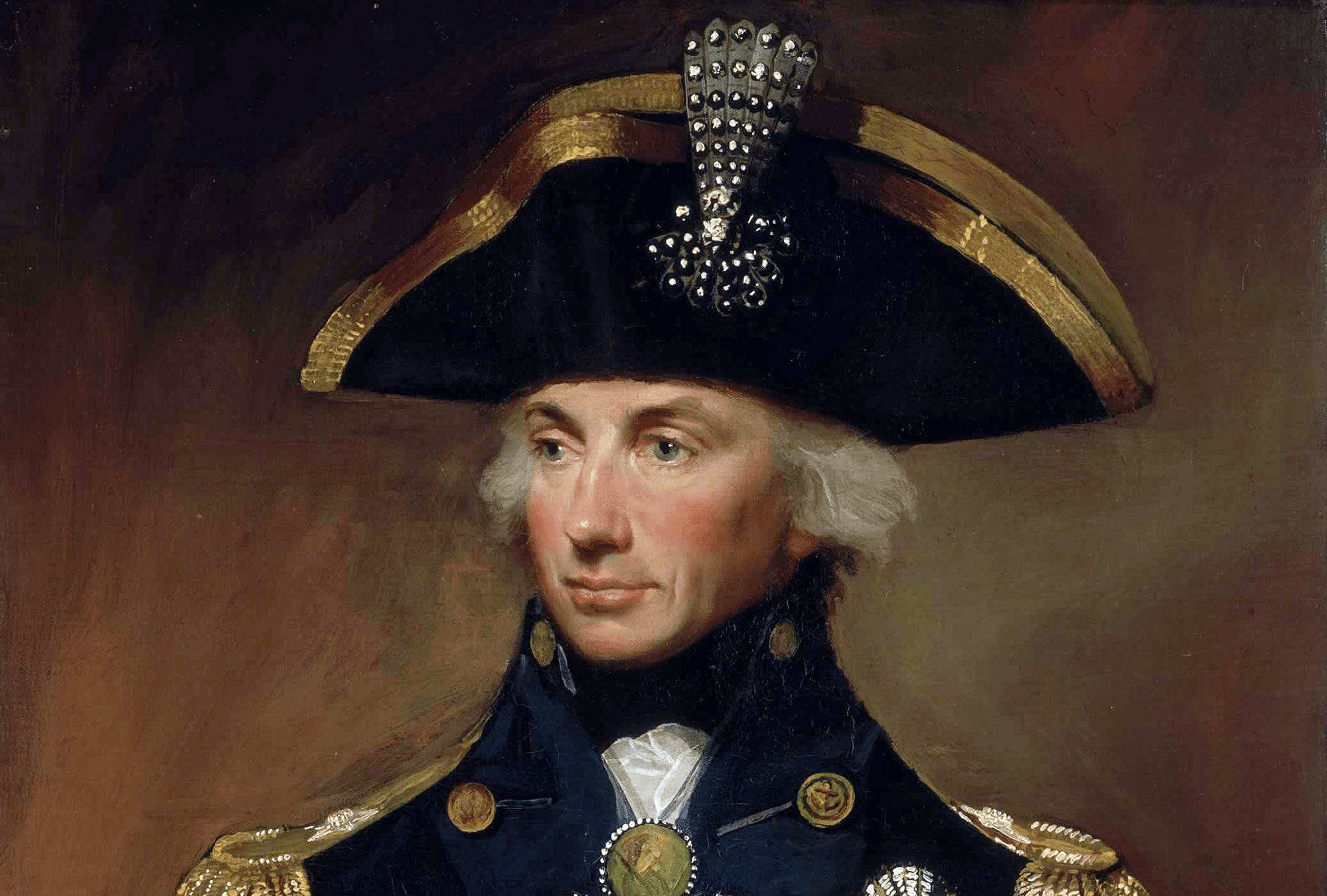 Dealing with COVID-19: Take a lesson in adaptability from Admiral Lord Nelson

COVID-19 is presenting the world with some of the most unique peacetime challenges it has ever faced. In the midst of this global pandemic, businesses are finding themselves with two choices: Stick your head in the sand and wait for the plague to pass or learn to adapt.

Many businesses have been talking about becoming adaptable and agile over the last 5 years, but most have struggled to make the change. And right now businesses need to be adaptable above all else. Remote working is also forcing distributed decision making, so agile ways of working are also key. But often it takes a crisis or burning platform to force these new behaviours.

At times of crisis, it is the great leaders that stand up and make the difference. One such leader was Great Britain’s Admiral Lord Horacio Nelson. And we can learn some valuable lessons from the actions he took back in 1805 at the Battle of Trafalgar.

With an imminent invasion of a different kind and the odds also stacked against him, Lord Nelson found himself preparing for an attack from overwhelming French and Spanish naval forces.

Off the coast of Spain, Napoleon Bonaparte had assembled a fleet of forty ships to invade England. They were the latest and greatest in terms of seafaring vessels. Nelson on the other hand had older and much smaller types of ships and 25% less of them. 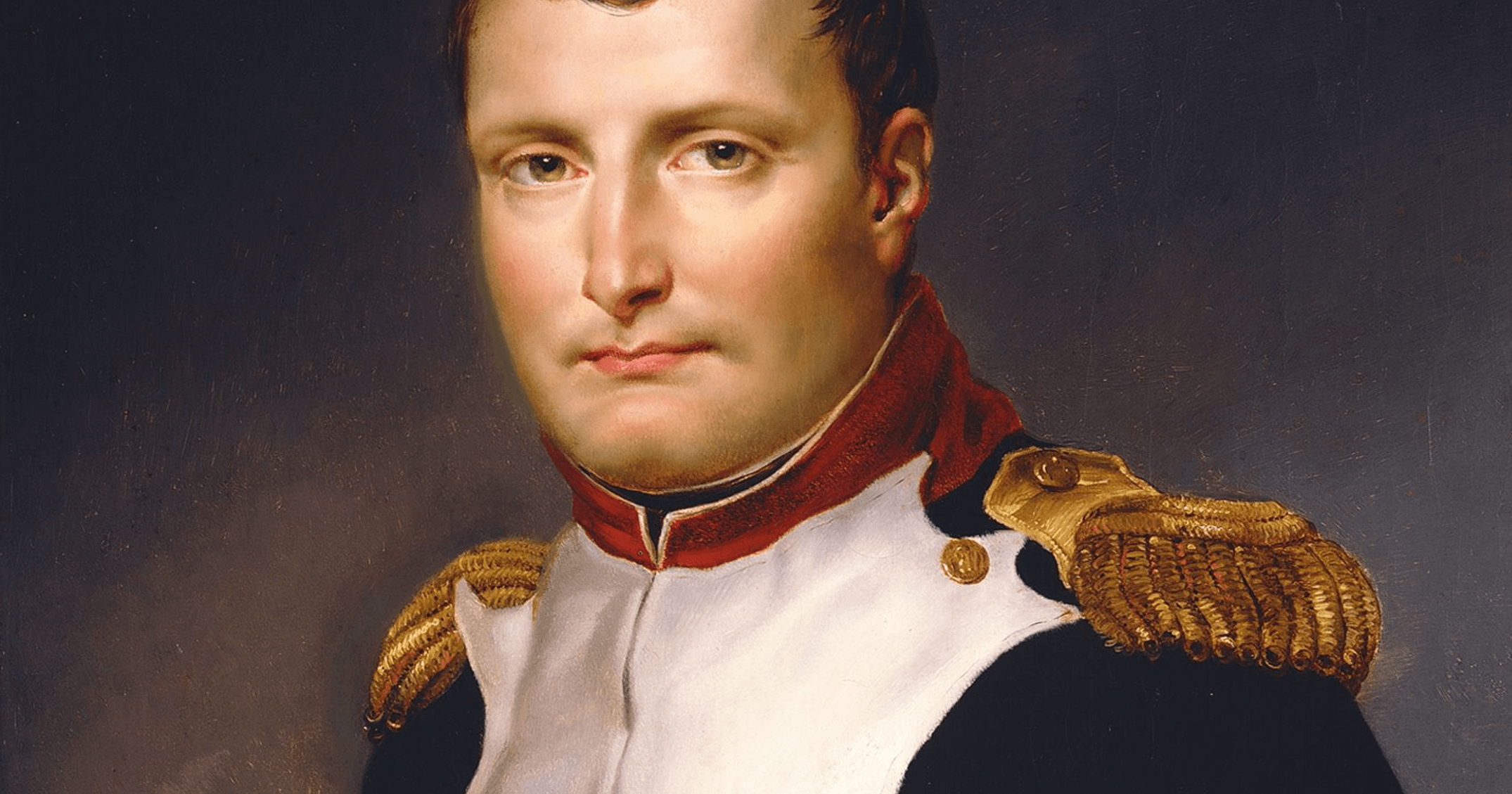 Nelson was completely outgunned and outmanned and the fall of Great Britain was more likely than not.

You may be thinking 25% is not a great deal, but if you understand how sea battles were fought in those days, you’ll realise he didn’t stand much of a chance.

Traditionally, opposing navies formed two parallel lines, facing each other side on and opened ﬁre. Meaning the ones with the most guns invariably won. 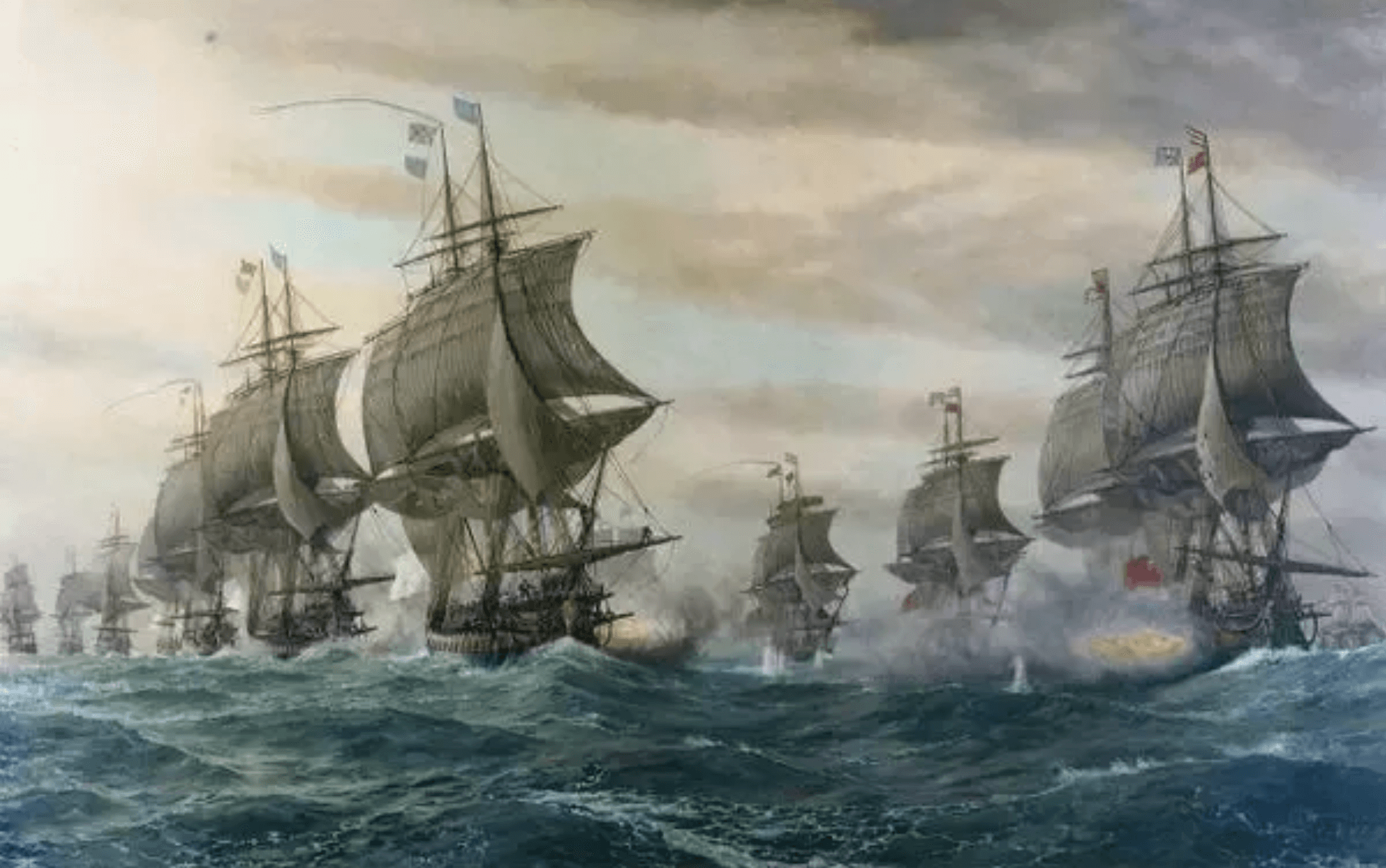 And there was good reason for this strategy of warfare:

1) The giant wooden galleons had its cannons on the sides, meaning they had to be side on to fire. This also meant they could avoid hitting their own ships with friendly fire.

2) More importantly, the commander of the battle was expected to provide all the instructions as the battle unfolded. He would ride on the flagship and using signals, he could easily pass messages up and down the fleet line without the obstruction of enemy vessels. He was solely in charge and his skill and reading of the situation alone would determine the strategy.

So the reality didn’t look good and history of these sea battles led to only one conclusion, a French victory.

But Nelson did what few navel leaders had done before him. He adapted. He knew he couldn’t win if he reacted in the same way that commanders had always reacted, he had to try something new and he needed his whole crew on board with his idea.

So instead of one parallel line of ships, Nelson’s plan was to drive forward towards the French fleet in two perpendicular lines. See image below: 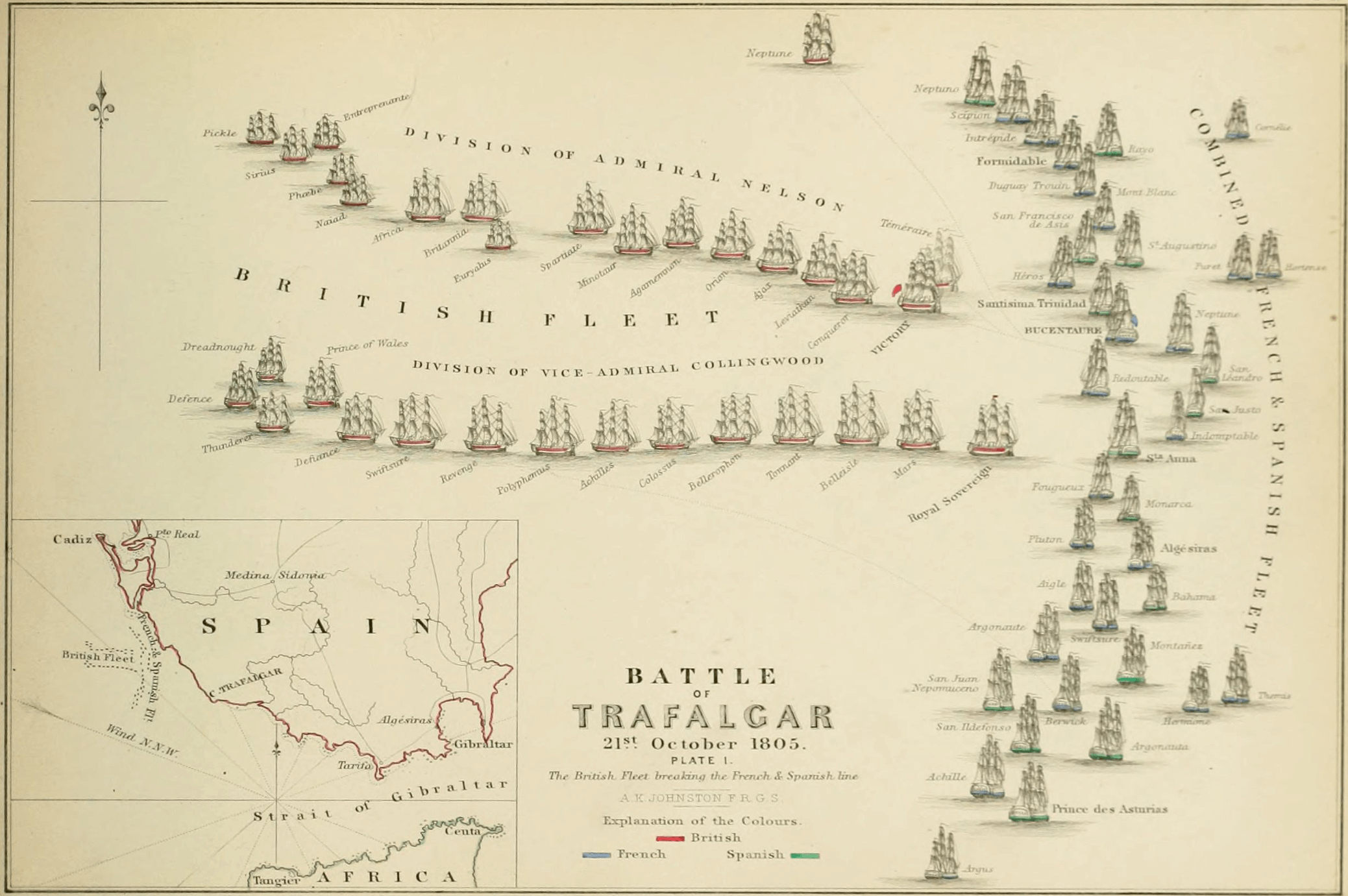 By doing this Nelson would divide the enemy line, with his ships able to fire at the French without the enemy able to fire back (because they were now faced the wrong way).

Nelson also believed that by splitting the enemy along their line they would not have a direct line of sight on their commander, meaning the individual captains of the ships would not know what to do.

He, on the other hand, had spent years getting to know his captains and discussing the art of warfare just for a moment like this. He trusted that without his direct command they would be able to make the right decisions in amongst the chaos.

So once the tactical element of the plan, the driving forward in two lines, was complete the British were set up to adapt to the circumstances that then presented themselves.

And it was a good job too because Nelson was shot on the approach in and spent the whole battle in the galley, where he was to die later, without commanding the battle or knowing the outcome.

In this battle of adaptive versus tactical performance, adaptability won the day. 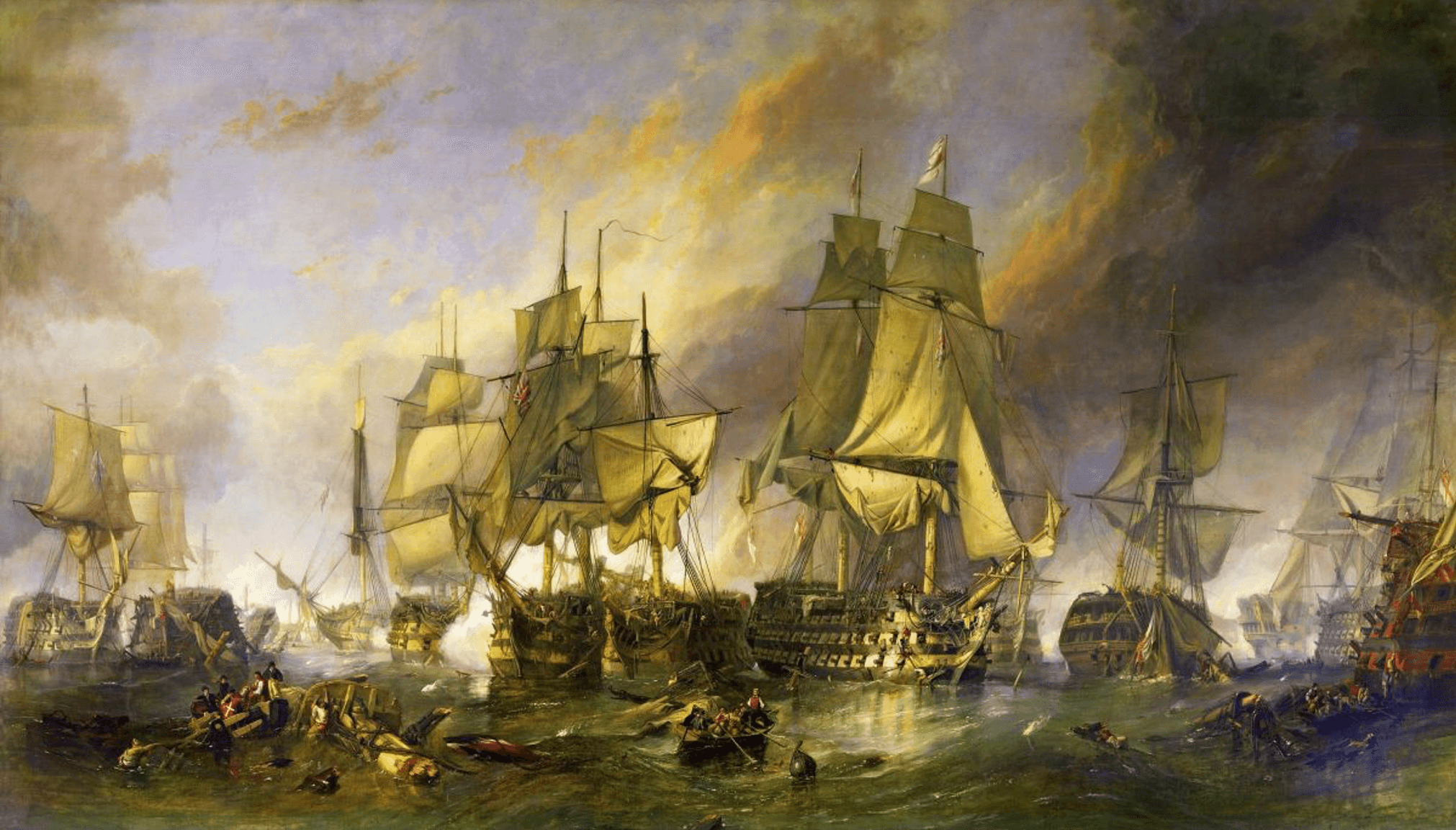 The military now has a long tradition of using “commander’s intent” where soldiers are given a clear objective for a mission but are then empowered to make key decisions on the ground and improvise should they need to.

Nelson’s only command on the morning of the battle had been:

“Prepare to anchor after the close of day”, “No captain can do very wrong if he places his ship alongside that of an enemy”, “Engage the enemy more closely”, and “England expects that every man will do his duty”.

Many of today’s executives, with hundreds or hundreds of thousands of employees around the world, can relate. But when the objective is clear, your people can take initiative, experiment, and innovate. You can have hundreds or thousands of smart, coordinated decision-makers.

So in disruptive times like now, trust and enable your teams to make the right decisions, but be sure to have a clear objective so they have that beacon of light to guide those decisions. That will grow adaptability and agility more than anything else. 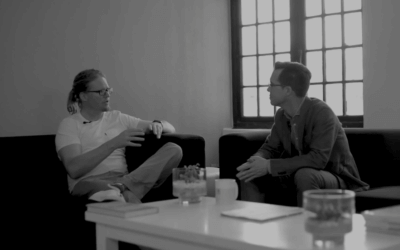 You have to be a Heavy Chef to be Future Fit

BENCHMARK YOUR LEADERSHIP. IMMEDIATE RESULTS. Find out how your leadership and teams stack up against best of breed Future Fit characteristicsSUMMARYFred Roed, CEO of Heavy Chef explains the idea behind the Heavy Chef Philosophy and why it is critical for Future Fit... 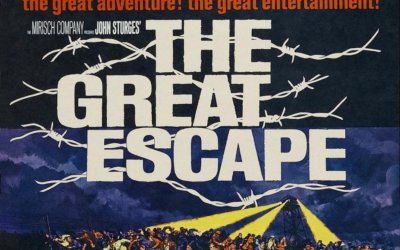 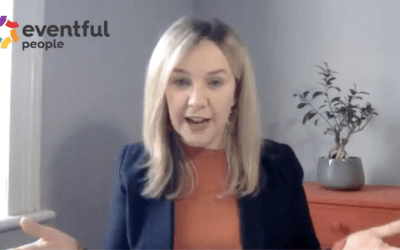 The Importance of Compassion in the Workplace

BENCHMARK YOUR LEADERSHIP. IMMEDIATE RESULTS. Find out how your leadership and teams stack up against best of breed Future Fit characteristicsSUMMARY"Now more than ever before, we're needing to build trust with one another and create strong relationships within our... 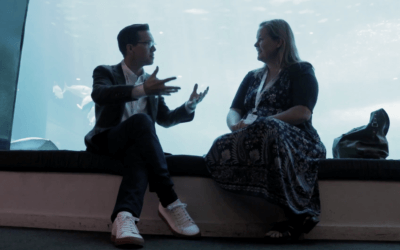 BENCHMARK YOUR LEADERSHIP. IMMEDIATE RESULTS. Find out how your leadership and teams stack up against best of breed Future Fit characteristicsSUMMARYMike talks to Christy Hunter-Chapman from Empanda about leaderships role during digital transformation. Ultimately... 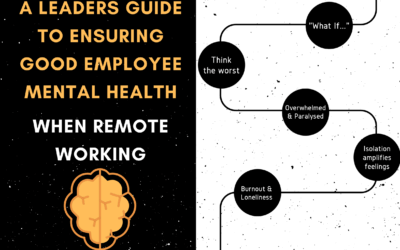 Free Remote Working Mental Health Guide for Leaders: During the lockdown during Covid-19 much of my time has been dedicated to helping leaders and staff adapt to their remote working environment. Based on this experience and no shortage of guidance from the Tidal Pool... 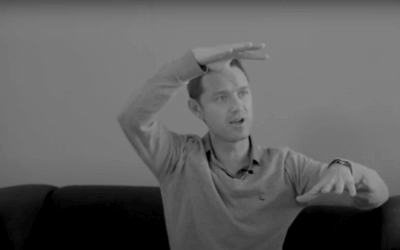 BENCHMARK YOUR LEADERSHIP. IMMEDIATE RESULTS. Find out how your leadership and teams stack up against best of breed Future Fit characteristicsSUMMARYInterview series with Tom Dawson-Squibb - Part 4 Showing vulnerability is a critical component of building trust and... 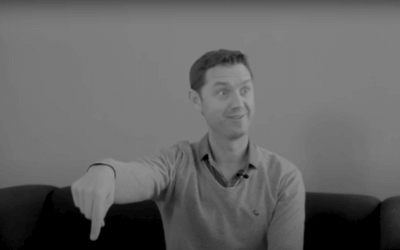 BENCHMARK YOUR LEADERSHIP. IMMEDIATE RESULTS. Find out how your leadership and teams stack up against best of breed Future Fit characteristicsSUMMARYInterview series with Tom Dawson-Squibb - Part 3 "You only need enough trust to place your distrust on the table" -... 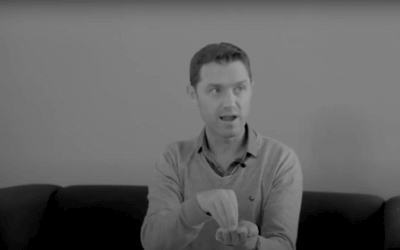 BENCHMARK YOUR LEADERSHIP. IMMEDIATE RESULTS. Find out how your leadership and teams stack up against best of breed Future Fit characteristicsSUMMARYInterview series with Tom Dawson-Squibb - Part 2 Expectations around teams have changed. We are in multiple teams for... 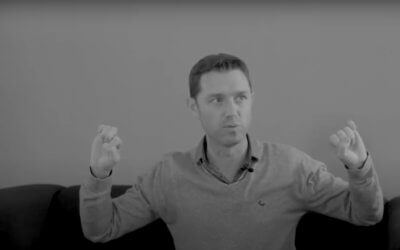 How important is trust in teams?

BENCHMARK YOUR LEADERSHIP. IMMEDIATE RESULTS. Find out how your leadership and teams stack up against best of breed Future Fit characteristicsSUMMARYInterview series with Tom Dawson-Squibb - Part 1 Tom talks about the importance of psychological safety in the building... 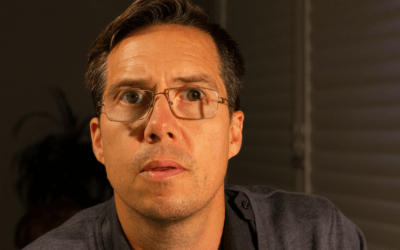 BENCHMARK YOUR LEADERSHIP. IMMEDIATE RESULTS. Find out how your leadership and teams stack up against best of breed Future Fit characteristics SUMMARYWhile the immediate health benefits of avoiding common workspaces are obvious in the face of a frightening pandemic,... 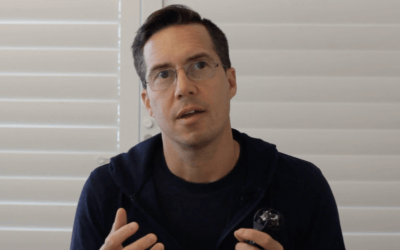 BENCHMARK YOUR LEADERSHIP. IMMEDIATE RESULTS. Find out how your leadership and teams stack up against best of breed Future Fit characteristics SUMMARYThe key to your business, team or leadership realising their potential starts with a transformative Vision. Mike talks... 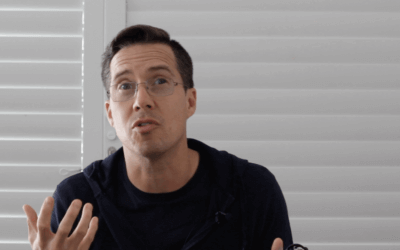 BENCHMARK YOUR LEADERSHIP. IMMEDIATE RESULTS. Find out how your leadership and teams stack up against best of breed Future Fit characteristics SUMMARYStruggling with Change? This is the story of Pedro Bach-Y-Rita and how it highlights how our bodies and minds are...