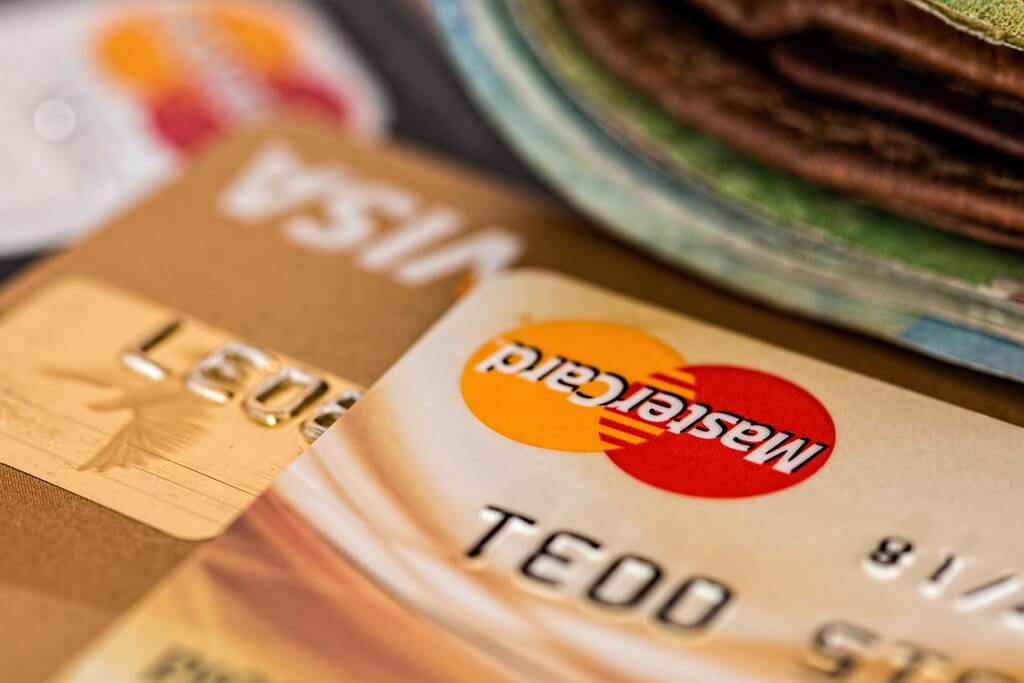 “How can we help you?” seems to be the question on every South African bank’s lips as local financial service providers compete for their share of the new digital customer’s wallet.

While a line-up of usual suspects have dominated the local banking industry for a considerable length of time, incumbents are experiencing the early onset of digital disruption from various sources.

Not least of which from a local market chomping at the bit for financial services that are aligned to its digital world view.

Internet penetration amongst South African consumers is the highest on the African continent with 65% of over 16’s accessing the web daily, followed by Nigeria at 61% and Kenya at 53%. And while Digital Subscriber Lines (DSL) may have had a slow uptake due to geographical and other challenges (mobile connectivity is the medium of choice amongst most Africans in general) fibre connectivity to the home is set to further boost demand for more digital conveniences amongst the country’s internet users.

Big Banks’ Growing Concern Over Competition in the Digital Space

With cheap, fast and reliable internet no longer a stumbling block to realising new digital opportunities, the stage is set for a showdown between incumbent big banks and new players for digital dominance in the banking sector. At a recent event in Johannesburg, First National Bank (FNB) Chief Executive, Jacques Celliers, was asked about industry developments that had him most concerned. Unsurprisingly, Celliers mentioned the rise of new payers in the retail finance space that seem to be popping up everywhere.

Amongst them are Bank Zero (headed up by former FNB CEO, Michael Jordaan) and Tyme Digital who are positioning themselves as “digital only” banks aimed at consumers looking to avoid long queues and paperwork associated with traditional banking services. Others are Discovery Bank, an initiative of the Discovery Health Group, and the soon-to-be-relaunched African Bank and PostBank. The latter two will have some ground to make up considering their less-than-stellar performances as service providers in the past.

“The real message is that we are on this exponential helpfulness journey. And now, with the help of technology, we can do so much more than we used to do. That’s our purpose.” ~ Jacques Celliers, CEO, First National Bank

As for the rest, its a world of possibilities thanks to South Africans’ readiness to warm to brands that go beyond simply delivering cookie cutter products. Local consumers are demanding digital experiences that speak to their individual lifestyles and preferences and aren’t shy to move away from traditional brands if the grass appears greener on the other side.

However, stewards like FNB and others haven’t exactly been asleep behind the wheel. FNB is by far leading the way in product and service innovations with a plethora of digital tools and conveniences at the fingertips of its nearly 8 million customers. The bank just recently took honours as the first to launch biometric ID verification at selected ATMs in a pilot programme and is making it possible for consumers to open an account by taking a selfie on their phones.

Also, FNB is constantly expanding its mobile app and popular eBucks programme to include various lifestyle products and services. These efforts have paid dividends which shows in the bank’s standing as an innovation leader with a brand value estimated to be worth R20 billion.

Keeping Up With a Growing Digital Market

Research on South African internet penetration reveals that nearly 70% of the country’s online users connect to the web from their smart devices, with a significant decline in basic mobile usage in recent years. Surprisingly, usage amongst the +55 age group shows that the country’s older generations aren’t allowing themselves to be excluded from the conveniences and entertainment to be found in the digital space.

Further, with a local ecommerce industry that’s snowballing and millions of online shoppers ready to transact, it would appear that a digital financial ecosystem is forming in which brave explorers such as FNB and its procession of hot-on-the-heels competitors might flourish. However, it will be those who build their digital vision around the needs of their customers, instead of producing generic products, who will withstand the pressures that come with playing in the digital big leagues. 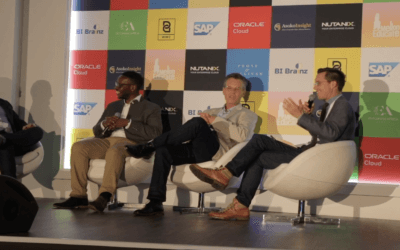 BENCHMARK YOUR LEADERSHIP. IMMEDIATE RESULTS. Find out how your leadership and teams stack up against best of breed Future Fit characteristicsSUMMARYDigital Transformation may be evolutionary, but we can’t ignore the rapid pace of change Panelist Mike Perk uses the... 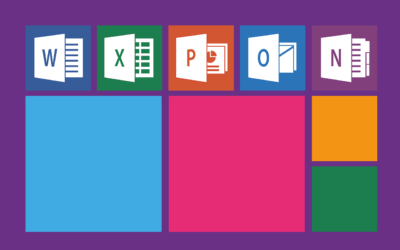 With Office 365, Microsoft Are Finally Getting It Right, But Also So So Wrong

The companion of the PC since before the internet, Microsoft Office is one of the most recognisable pieces of software on the globe. After nearly 10 official desktop versions, 365 is the new breed of cloud native Office that’s positioned the productivity suite as a... 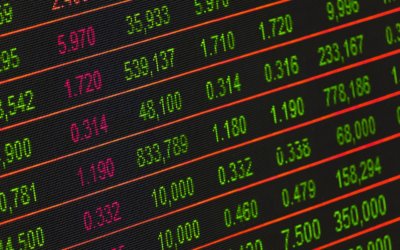 The term “market uncertainty” seldom if ever has good connotations if you’re a player in the financial space. Yet, times have never been more uncertain with the rise and rise of technology as a catalyst for disruption. With respect to the finance world, this new... 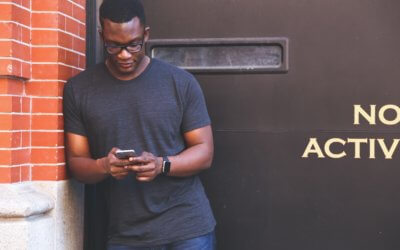 How Africa’s Best Banks are Leading Through Digital

Financial institutions in Africa are aligning their business models to meet retail banking challenges that are quite unique to the continent. Digital solutions are giving banks access to millions of previously unbankable Africans, many of whom are spread across some... 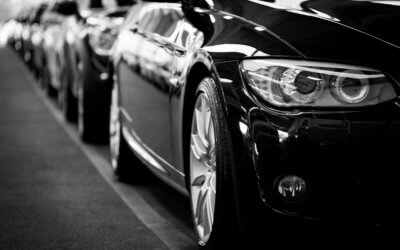 The future is here; autonomous cars are taking commuters from point A to B while making light conversation about morning traffic. Fuel stations are being geared out with power points for electric vehicles and the Google Maps lady is getting smarter by the day. To make... 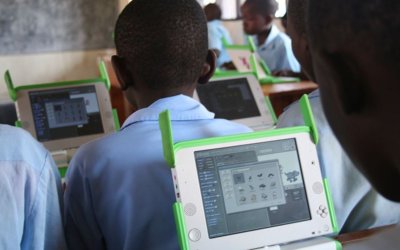 As Africa braces for the looming threat of robotised factories in Asia to its manufacturing boom, accessible education is under a renewed spotlight to ensure a sustainable future for the continent. Lack of accessible education, political instability and... 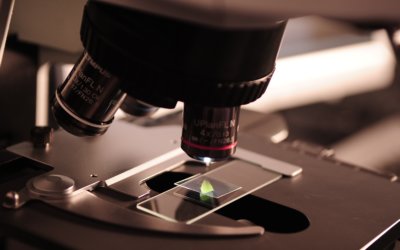 Why the Single Customer View Is Still so Elusive

The single customer view (SCV) has become the holy grail for companies looking to get a better understanding of the people who buy their products. This is evident in the billions being spent on software stacks bent on upping the customer experience ante globally every... 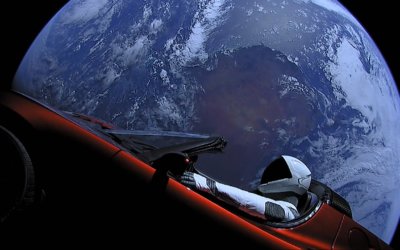 His early years as the not-too-popular kid in school may have served as the best cover for someone secretly planning to save the electric vehicle from obscurity and making commercial spaceflight a reality in his lifetime. Today, those awkward years at Pretoria and... 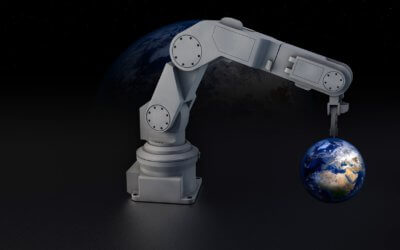 Industry 4.0: Opportunities and Challenges for the Developing World

Data, devices, algorithms, sensors and humans all form part of the future manufacturing landscape known as Industry 4.0. The rapid acceleration of technological innovation is giving rise to smart connected factories and promises to bring a wave of disruption with it.... 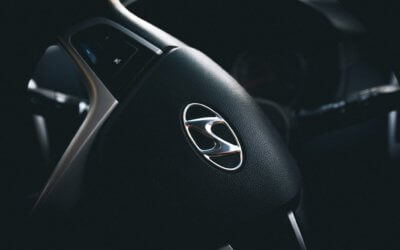 Why Car Makers Must Innovate Beyond the Dashboard

European and American car brands have always enjoyed a reputation for quality, style and reliability. While these attributes have done well for brand reputations and bottom lines, they’re no longer exclusive to vehicles that originate from certain geographies. Asian... 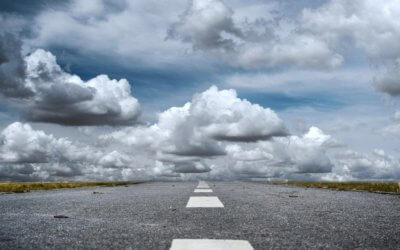 Are Car Manufacturers Taking Their Eyes off the Road?

While global automotive sales have been at record highs in recent years, the future of the industry is somewhat uncertain when considering the endless disruptions staring it in the face. Eighty million in car sales for the 2016/17 period may seem to tell a different... 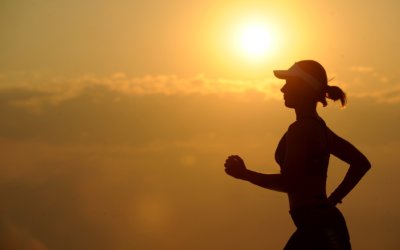 A Masterclass in Digital Transformation in the Healthcare Industry

Read any guide on business best practice and you will without fail see the word Vision feature high up in the foundation chapters. It may otherwise be referred to by North Star or End Goal but what all of these terms allude to is a clear destination, a point of...